Back to List
News
"Gurre-Lieder" waited a century: It is such a demanding work that no theater can present it
Tweet 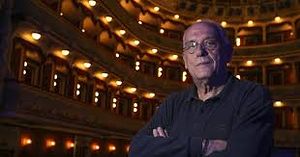 Develop conduct stand big enough to be on it could spread a vast sheet music was one of the first tasks of production in one of the largest projects in the history of Croatian music: performance monumental cantata Gurre-Lieder (Songs from Gurrea) Arnold Schoenberg.

Under the "command" maestro Niksa Bareze, tonight, September 22, on stage Lisinski out the army of 280 musicians.

Due to the high demands, not only logistical but also the music-playing and singing, cantata Gurre-Lieder, first performed in 1913 in Vienna, has never been carried out in Croatia. That such a project proposed by any young conductor, the organizers would have probably laughed. But, maestro Bareza the authority which is hard to say no, and in addition, this year celebrates 80 rodenđan Gurre-Lieder will be worthy anniversaries artist who has made an exceptional contribution to the musical culture of Croatia and Croatian cultural shifting in the world.

Former longtime chief conductor of the Symphony Orchestra and the current director of the National Theatre Opera united in undertaking orchestras and choirs of those institutions, and joined them Lisinski Concert Hall and Music adademija University of Zagreb, which will have besides students eligible to participate in the huge Assembly as well as several singers Capelle Odak.

Even at the end of the day, which was held two trials, while in Lisinski stayed only a night porter, Maestro Bareza he was too tired to talk about the great work.

He speaks of the phenomenal structure of the songs on Schönbergovoj ingenuity and kuhovnosti, the breathtaking beauty of orchestral colors, the philosophical depth and organic connection between music and tion of the Danish poet Jens Peter Jocobsena (Schoenberg is composed by a German translation by Robert Franz Arnold), and the ecstatic hymns Suncukojom cantata zaršava , the ecstatic and pure C major, just as Haydn's oratorio Creation.

But, with even more precisely missionary zeal, Maestro Bareza tells us why not today be this great music.

- This is the work grandiose appeal to those highest human values ​​are now completely suppressed and I congratulate everyone from four large institutions that have decided on this venture. It is important above all because of the situation in Croatia, where the culture of today barely mentioned, ruled by absolute consumerism and superficiality. As to the lost sense of spiritual richness what brings deal with such offenses - Bareza says, and points out that the implementation of Gurre-Lieder rare event of great importance and in capitals puput Berlin and Munich.

In addition to tenor Michael Robert Hendrick and bass-trombonist, kind with us there, magnificent work performed by local bands.

Tonight's concert, which transmits the third program of Croatian Radio, and begins a new season cycle Konconijer Symphony Orchestra and Choir, but the opera season Theatre, in whose subscription includes the construction, while the concert on September 24 will be a spectacular start another cycle Lisinski Saturdays.